On the 10th of October #boycott all organised events that associate with #Psychiatrists & #MentalHealth based organisation & have funding from the government, such that they do not protest to #AbolishForcedPsychiatry. Join our rally in Canberra, or organise your own #VOPday2019 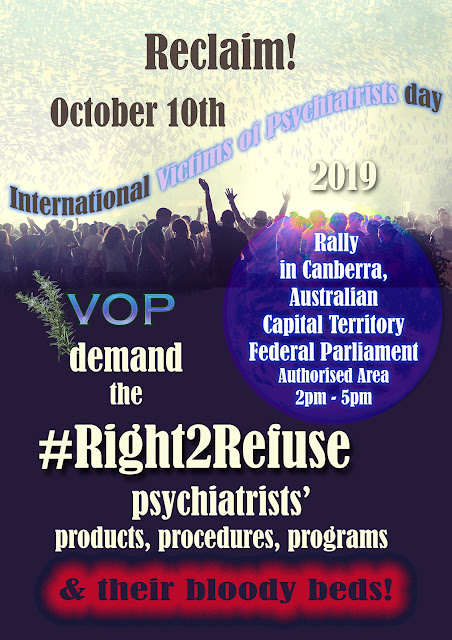 This is INTERNATIONAL Victims Of Psychiatrists DAY
But let's first talk Victoria, where I've been organising protests in Australia.
Victims of psychiatrists have been ignored by the Victorian government, in the Royal Commission into Mental Health. The Victorian Government has instead put forth perpetrating, co-opted Mental Health associated organisations, and vile psychiatrists to speak, in our place. Many of our witness impact statements have not even been published. And psychiatrists like Patrick McGorry & Alex Cockram have been given high positions of authority and platforms to speak without any kind of questioning of their out-and-out lies that people are trying to get into psychiatrists' beds.
13 thousand Victorians, last year pleaded to not be forced into psychiatrists' beds, and the government didn't even provide them with lawyers to defend themselves against psychiatrists' accusations such as 'smiling inappropriately.'
How many Victorians were subjected to psychiatrist Prabakar Rajan Thomas , currently serving a jail sentence? This felon and his cronies need to be fully investigated for the forced human experimentation racket. How many lives were destroyed by Thomas's perverted point-of-view, and want to inflict cruelties on people? How is it that the government participated in supporting this psychiatrists harm so many, and has done so little yet, as far as reparations for those people subjected to forced depot, and vicious DSM slurs by this former psychiatrist?
Though Victoria is one of the worst perpetrators of forced psychiatry, all states/ territories of Australia commit vile, cruel forced human research under Mental Health legislation, and perpetrate this through forced psychiatry. And we don't want the Federal Royal Commission into Violence, Abuse & Neglect of Persons with Disabilities, to be the same as the Victorian Royal Commission, and ignore the very obvious abuse of emergency powers, and exploitation by force for human research that our country inflicts, for profit on a large number of people, who are usually socially, or financially disenfranchised, or become so after being lured into visiting a psych.
So, I'm organising a Canberra Rally, where the Federal Government legislators put policy together.
If you cannot make Canberra, organise a VOP day where you are!
This is an International reclaiming.
Oct 10th, 2pm to around 5pm, at Canberra parliaments' designated protest area, for this one.
Victims of Psychiatrists are reclaiming 10th Oct 2019, from the perpetrators of vile, cruel use of force under Mental Health Acts in Australia, that force psychiatric products, procedures & programs on people.
We're reclaiming this as International VOP day.
Theme is: The #Right2Refuse Psychiatrists 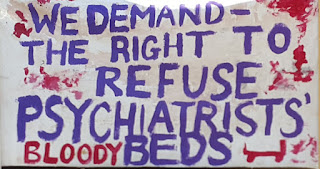 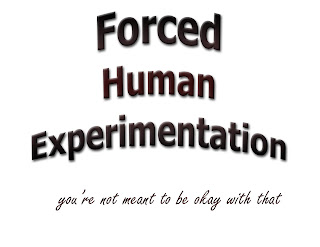 *
We're also asking for federal investigation under 8.3 of the human research code on behalf of people violated by the toxic products proliferation by the mental hygiene/ mental health/ pharma industry of which Australians do not have the #right2refuse due to legislated forced psychiatry. 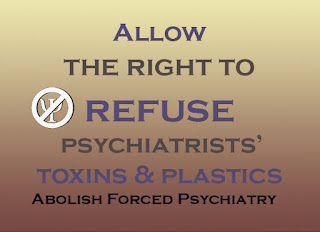 We're also asking for an investigation under 8.3 of the code of human research for river life, such as platypus. And the #right2refuse such toxic products & pharma companies that are far worse CO2 emitters than the automotive industry. 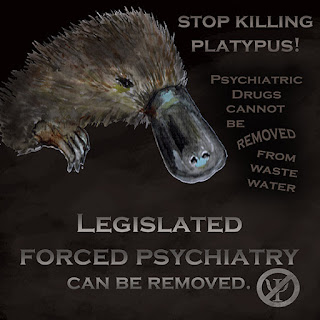 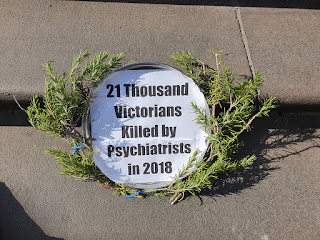 ABS statistics shows that half of the population that dies each year, is on psychiatric drugs. Given what VOP know about the horrific debilitating cruelties and destruction of bodily organs from psychiatric drugs, as well as what the pharmaceutical companies list as side-effects, we recognise ALL these deaths while on psychiatric drugs, were caused, to some degree by the psychiatric drugs.
Rosemary is said to assist people to remember, so VOP wreaths are made from rosemary when they can. 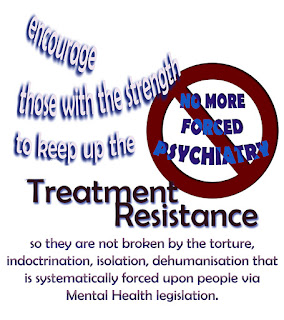 For Australians - print double-sided as booklet & share as A4 fold, if needed: http://victimsofpsychiatrists.com/assets/vop-alternative-report_summary-australia.pdf
Posted by Initially NO at 9/14/2019 05:06:00 PM 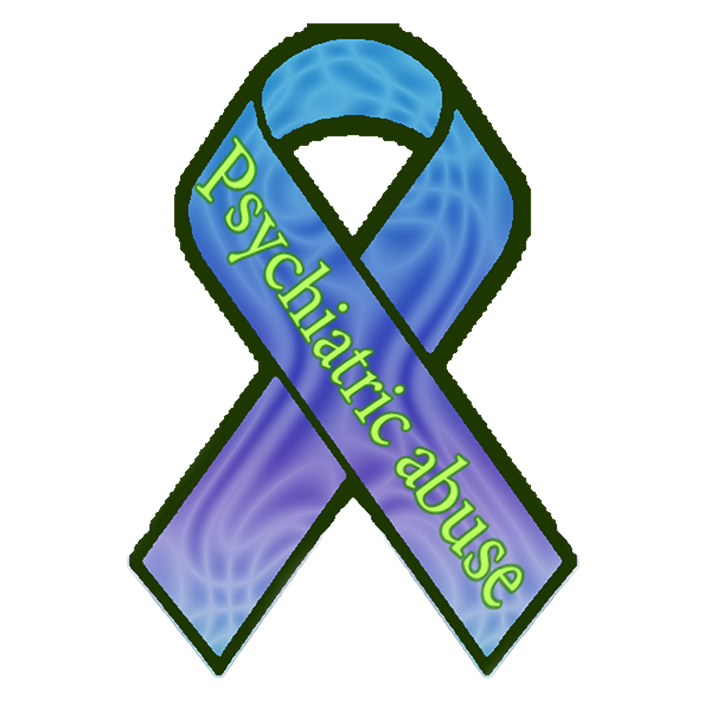 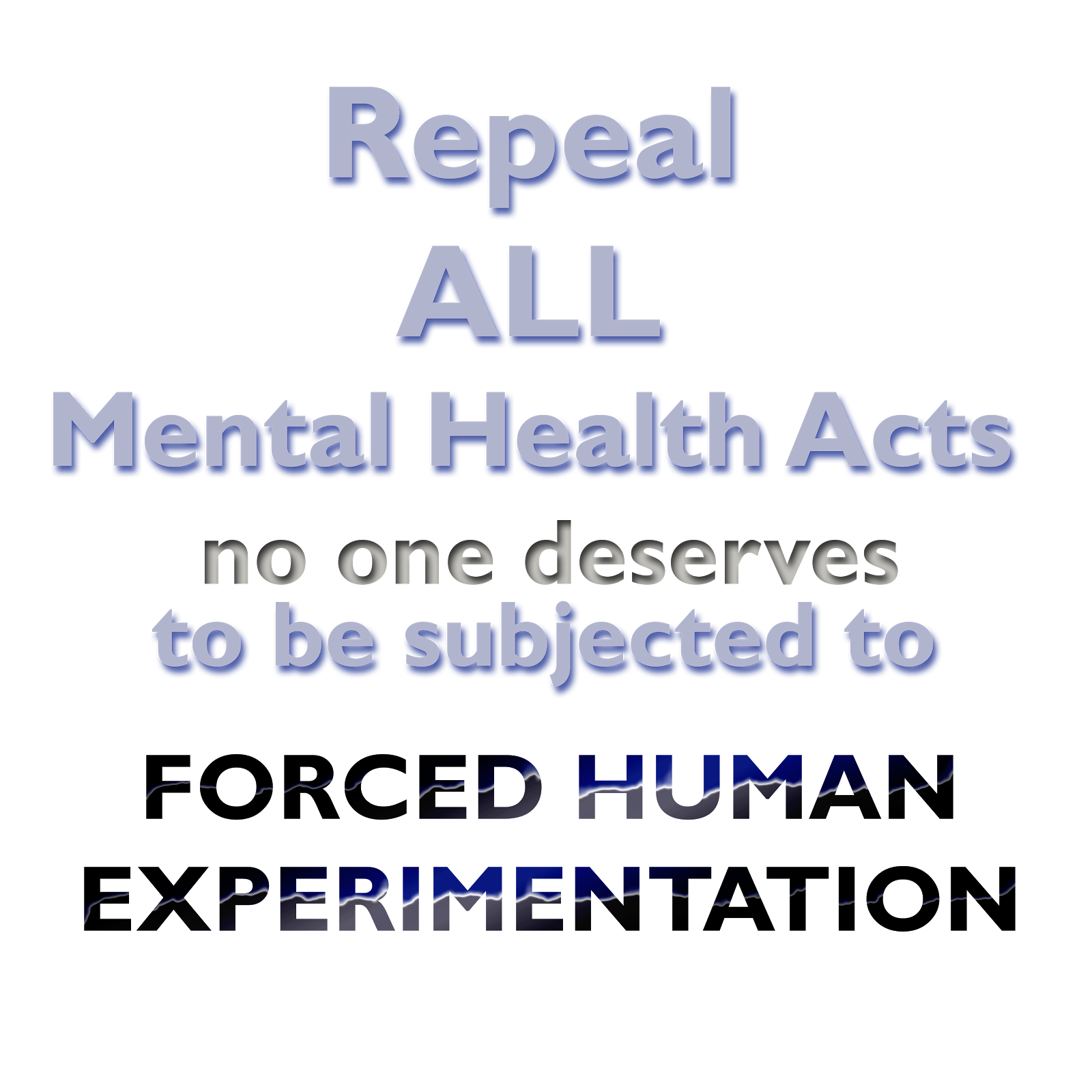 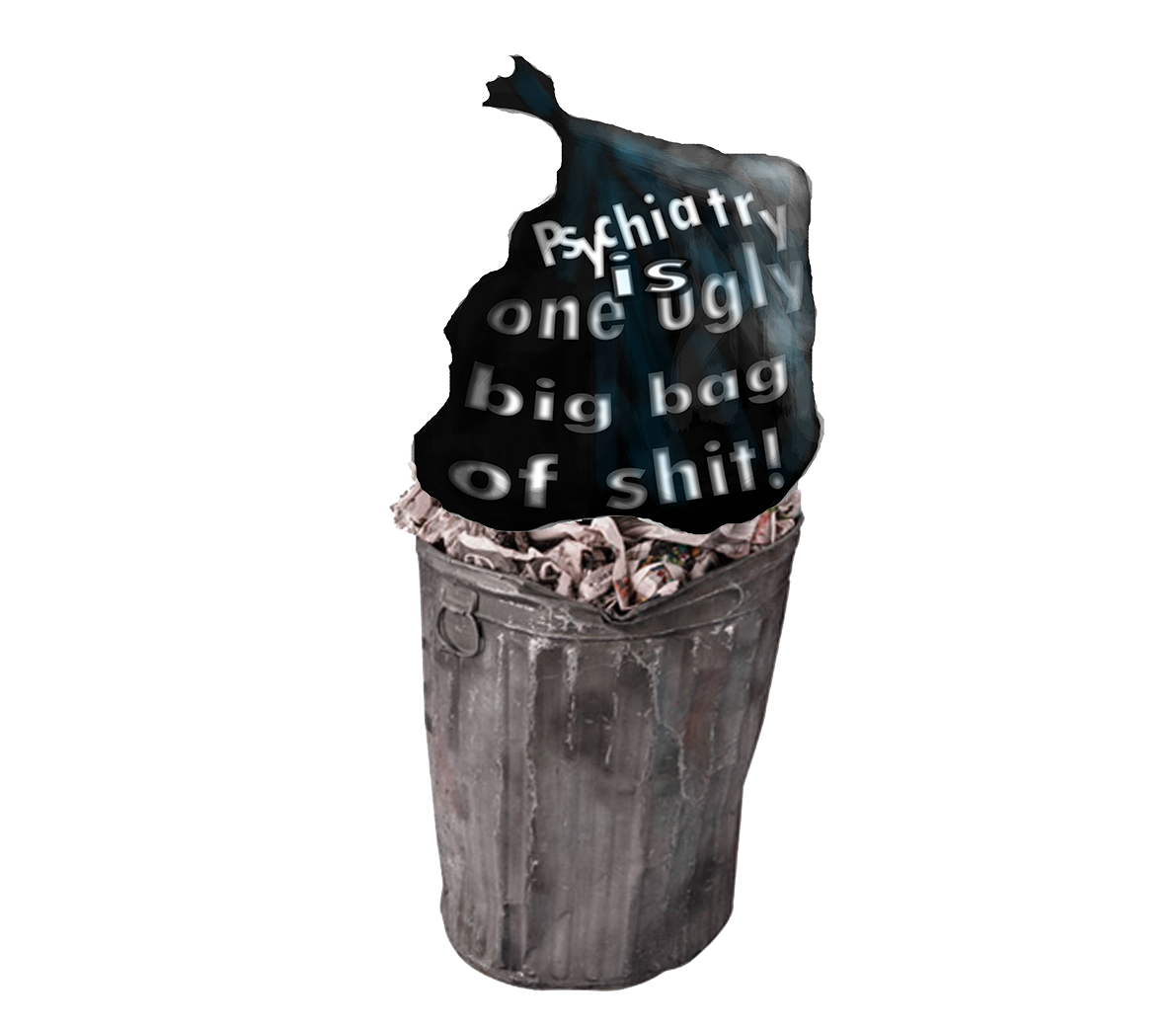 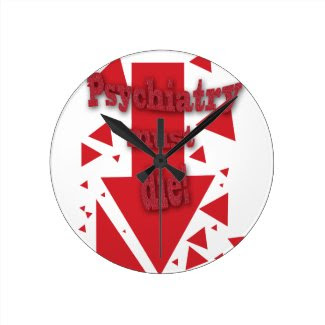 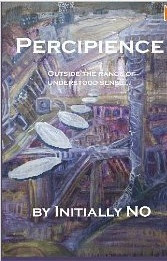 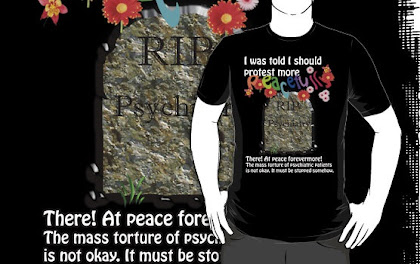 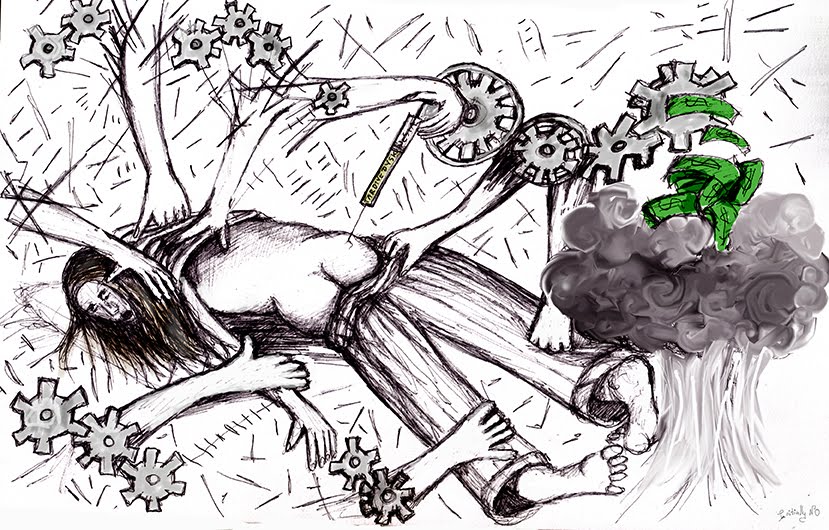 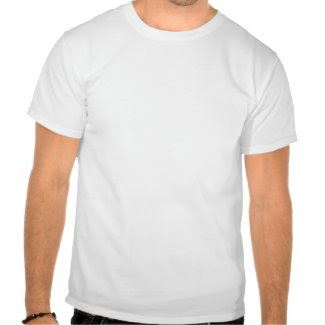